To explore audio and video, the majority of PCs today come with a media player already installed. But occasionally, that won’t be sufficient to support all formats and operate faultlessly. The greatest media player is now crucial for satisfying your entertainment needs. This is the place for you if you’re seeking the greatest media player for the Windows 11 operating system. Here is our selection of the top 10 media players for Windows 11 that we personally think you should use.

These days, a variety of platforms and other online media streaming apps are gaining popularity. Many people want to know which is the best media player for Windows 11 PC because there are so many alternatives available, which may be a little perplexing.

Businesscrunch brings you the list of the best media players for Windows. Let’s dig in. 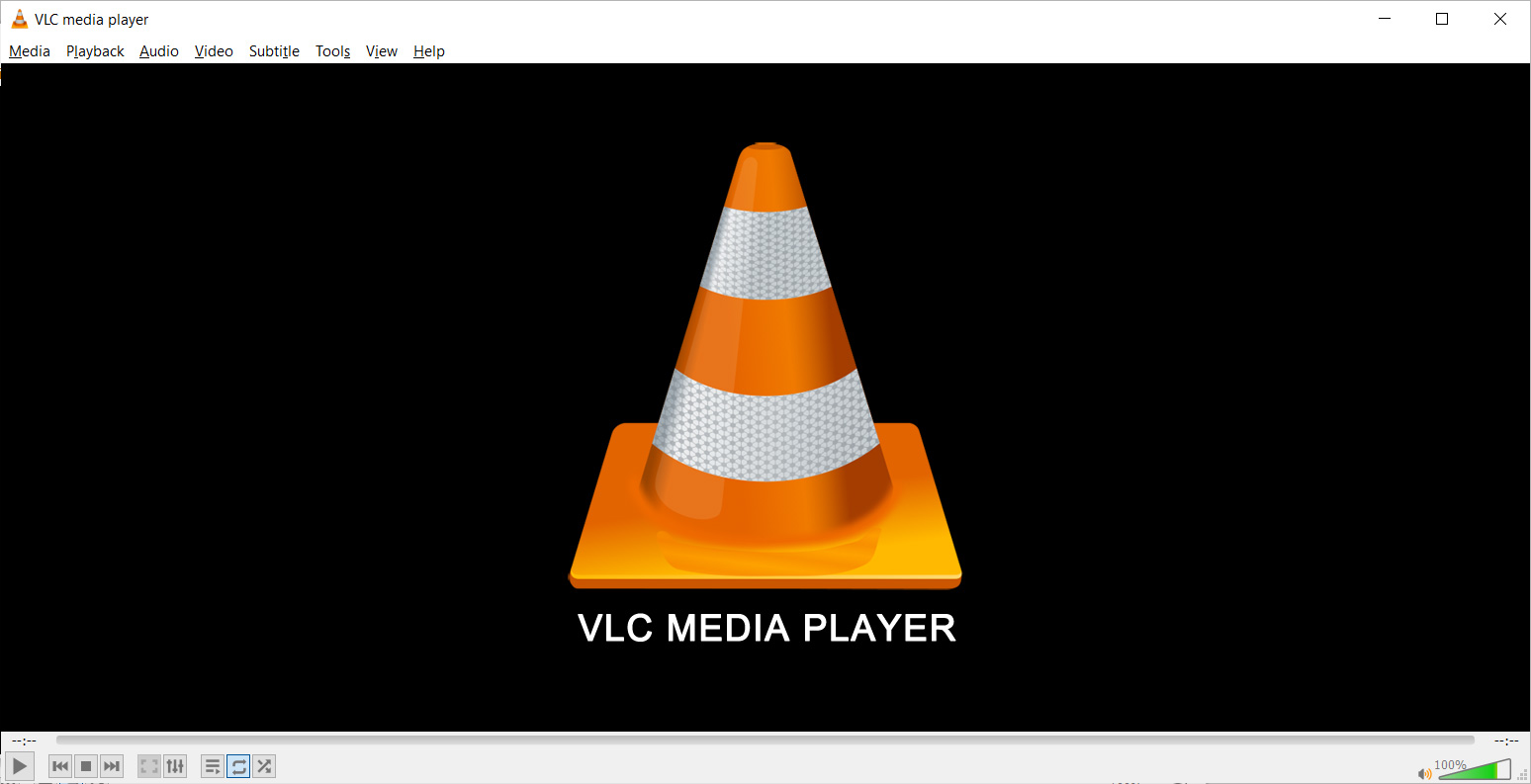 We cannot begin without including the VLC media player at the top of the list because it is the first media player on our list. It is a media player that is free and open-source and is accessible on all well-known platforms. It was developed by the VideoLAN project and supports a wide range of file types and audio and video compression techniques. Because it can play practically any media file format you throw at it, the VLC media player is incredibly flexible.

Video files from discs, streams and cameras can all be played by users. Additionally, MPEG-2, MPEG-4, WebM, and MKV are supported. A VLC media player can be used to view 360-degree videos with up to 8K resolution. This program does not contain spyware, advertisements, or user tracking, however, it does provide a video filtration feature to operate on a stream. One of the top media players for Windows 11 is its ability to decode video more quickly. 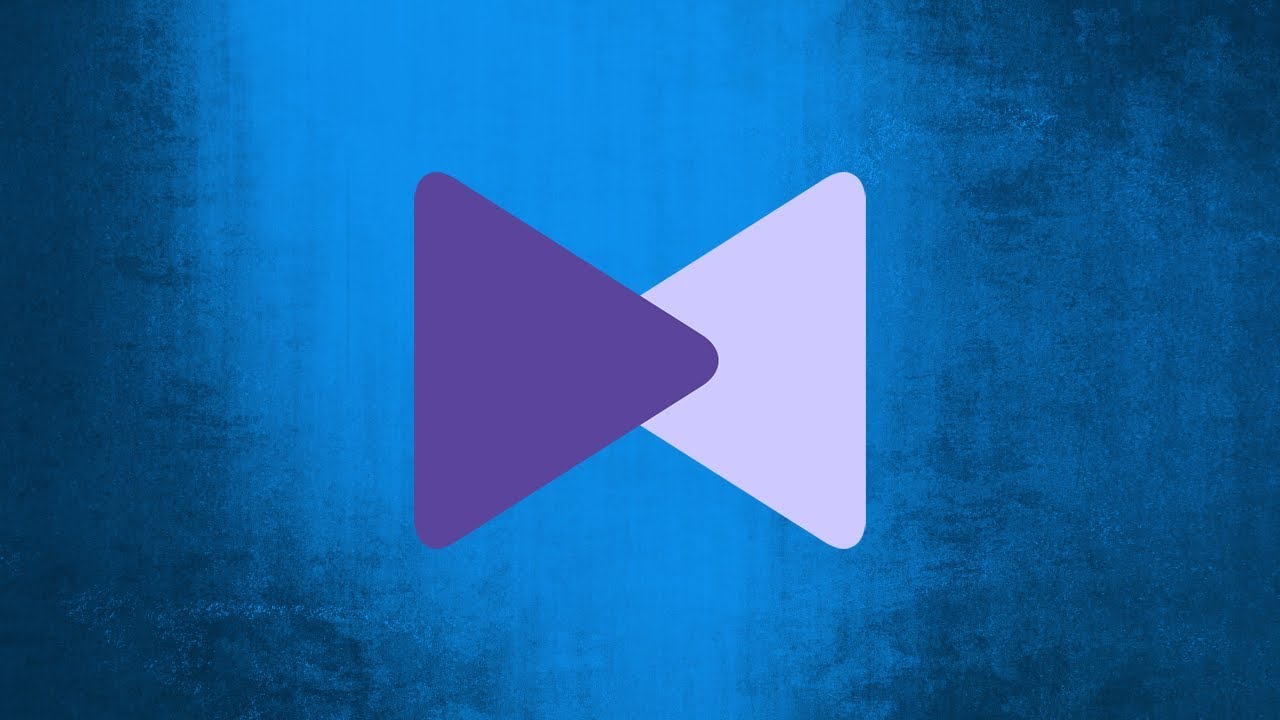 Another excellent and cost-free media player for Windows 11 is KMPlayer, which can play virtually all audio and video formats. With no lag or need for manual adjustments, KMPlayer’s built-in codec enables you to playback or stream video files. On PCs with appropriate hardware, it can play videos in up to 8K 60fps and has compatibility for 3D, 4K, and UHD. KMPlayer has a user-friendly design; all the essential controls are located at the bottom of the screen.

You can change the video screen, sound, colors, and noise reduction levels in addition to turning on the ultra-high-speed mode. KMPlayer contains all the required decoders to play the file, therefore you can try it out to play even a broken video file. KMPlayer is free and supports more than 24 languages. Another potent media player for Windows 11 is MPV Player. It is a free and open-source program distributed under the GNU license (General Public License). It offers a clutter-free home screen, so media controls are hidden when the video is being played back. The controls will show up once your mouse is over it. MPV is the best option if you’re seeking a straightforward but powerful media player that uses minimal system resources.

Another notable feature of MPV is the variety of supported media formats. There are many options available to you for the audio and video effects, ensuring that no important aspects are missing. Additionally, it supports many programming languages like JavaScript and LuaScript, enabling MPV players to perform many more tasks than simple media players. If you’re seeking another potent media player for Windows 11, you might want to think about PotPlayer. It is created by Kakao Corporation, a South Korean business. PotPlayer provides extensive customization options in addition to basic customizing features. With this media player, 3D and 360-degree videos can be played. Additionally, you have a variety of options for selecting sound cards, bookmarking, and previewing your favorite scenes.

It plays any file without any problems and is small. To further improve usability, the player also includes a ton of helpful keyboard shortcuts and hotkeys. The fact that PotPlayer supports an open codec is its strongest feature. Since it supports open codec, you can download and add any required codec in order to play your preferred video. One of the top video players for Windows 11 is PotPlayer, which is superior to KMPlayer and VLC Media Player. 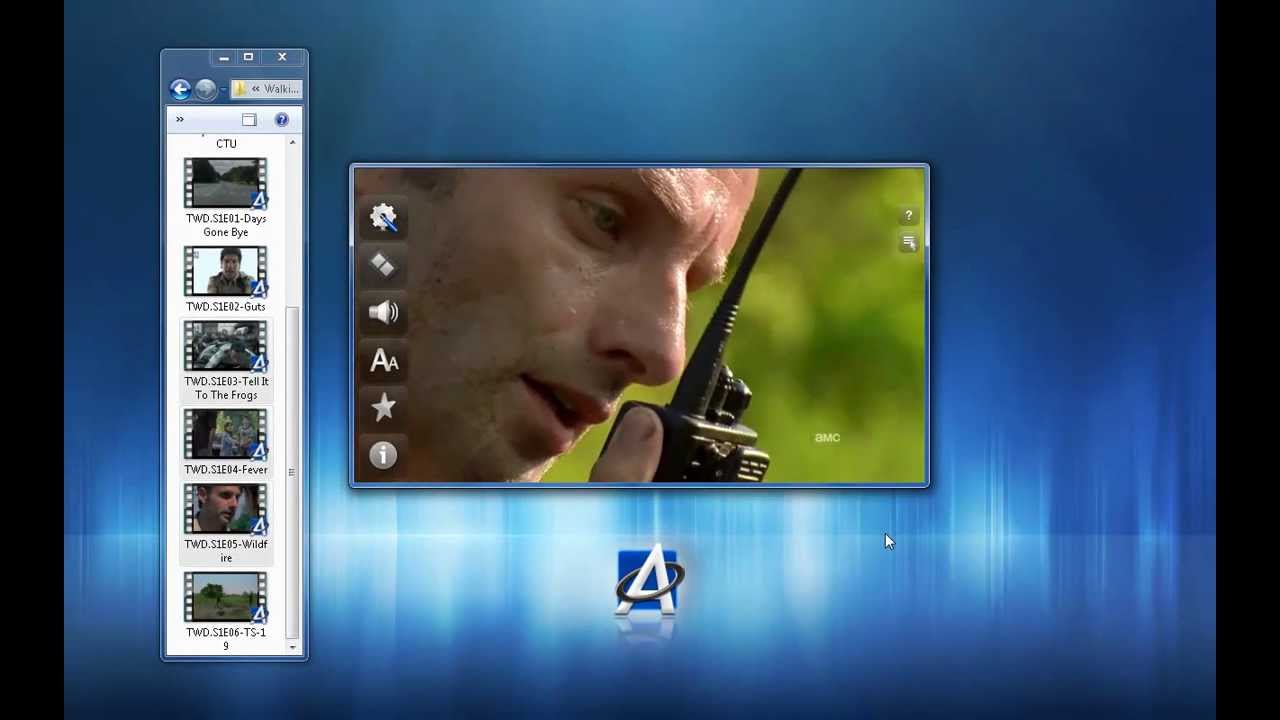 One of the top media players for Windows 11 may be AllPlayer, which you may have never heard of. Its creator, ALLPlayer Group Ltd, is responsible. All media formats, including HQ 4K videos, can be played on all players. It has collaboration between subtitle servers and automatic codec updates for downloading subtitles in various languages.

Online searches for subtitles are available, or AllPlayer can do it for you. The video content can be processed by AllPlayer for those who are blind or visually impaired with the use of an integrated speech synthesizer. The subtitles will be read aloud by the voice synthesizer, making it simple to watch content in another language. Keyboard hotkeys and remote control are provided for the player. Additional features include parental control, free internet radio, and movie search. 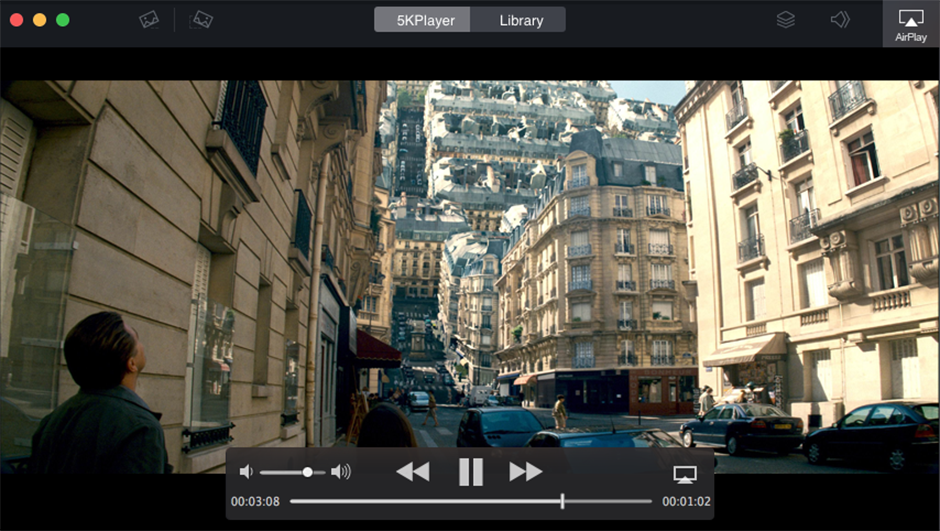 Another media player for Windows 11 on our list is 5KPlayer. One of the top media players for Windows 11 that supports different video codecs and formats is this one. You can use 5KPlayer to play 360-degree videos in addition to the typical 1180p, 4K, and 8K films. It supports DNLA wireless stream and AirPlay for simple media streaming.

You can listen to satellite radio stations using the internet radio feature in 5KPlayer. Ultra-high resolution video clips may be played, and the user interface is relatively straightforward. There are more streaming choices available. You can import videos and music from a variety of websites, including Facebook, YouTube, Vimeo, etc., using the player. 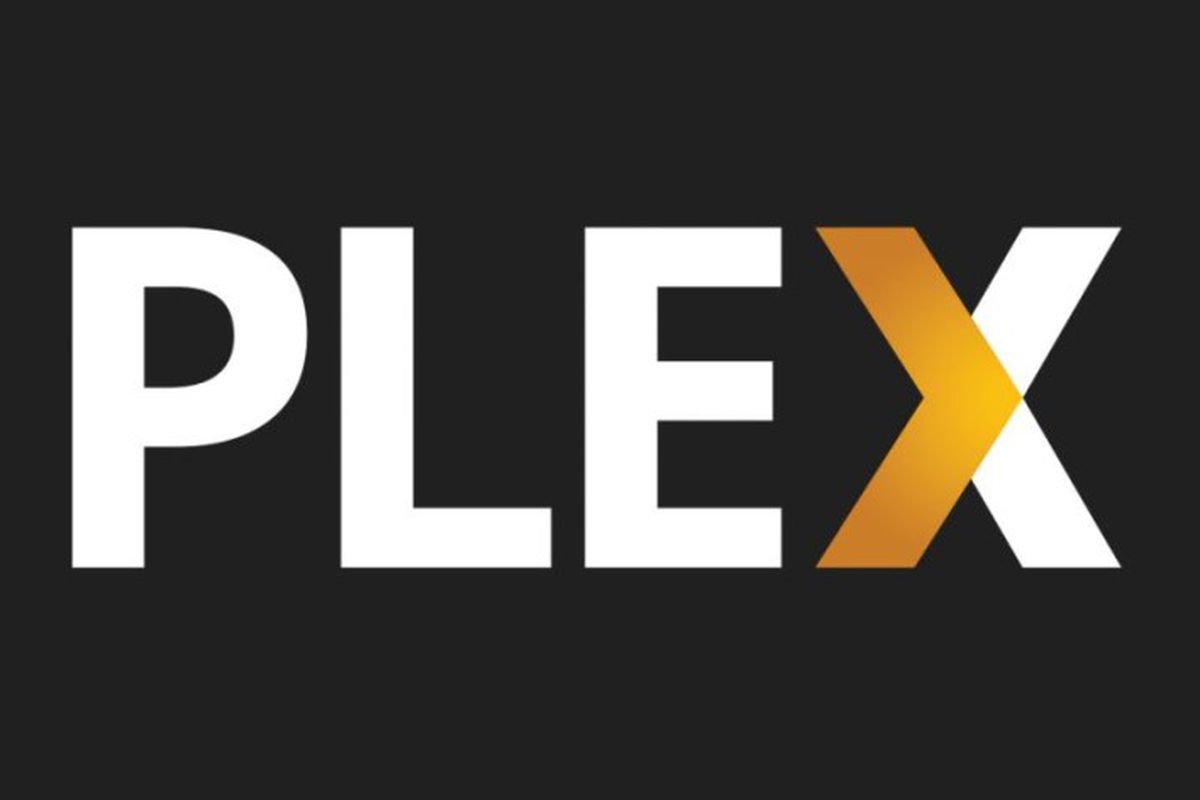 Plex is different strong music and video player you might hunt for on Windows 11. Your extensive media library, which likely contains videos, TV series, movies, images, personal videos, music, etc., could be well-managed by Plex. It will make your collections appear fantastic and keep them well-organized.

Along with the free streaming service, it provides free movies and TV shows from well-known companies including Warner Bros., Lionsgate, and MGM. Almost all file types, including Hi-Fi audio and movie formats, are supported. Because Chromecast is supported, you can project the videos onto your TV’s screen. If you want to manage your files and TV shows in one location, Plex may be your best option. Another open-source and cost-free media player on our list that supports a variety of formats, including MIDI, MPEG-1, MPEG-2, and MPEG-4 is Kodi. It was created specifically for watching movies and was once known as XBMC. Since it is one of the primary tools, you can fully alter the player’s appearance.

You may watch TV shows on Kodi at your own leisure or binge-watch them on the weekends. The collection includes seasons and episodes. It supports virtually all common video and music formats, podcasts, and other online digital media. The first Xbox gaming console, it was created and given the name Xbox Media Center. One of the greatest media players for Windows 11 that supports UltraHD 4K video playback is the DivX player. Many other video formats, including MP4, DivX, AVI, and MKV, can be played. It provides free playback of HEVC. It forces you to stream HEVC playback for your music, videos, and images while also serving as a streaming media player.

The sophisticated capabilities of the DivX player include Trick play, which lets you quickly jump to your favorite sequences. With the aid of Chapter Points and the availability of numerous audios, you can flip between different scenes and soundtracks with ease. 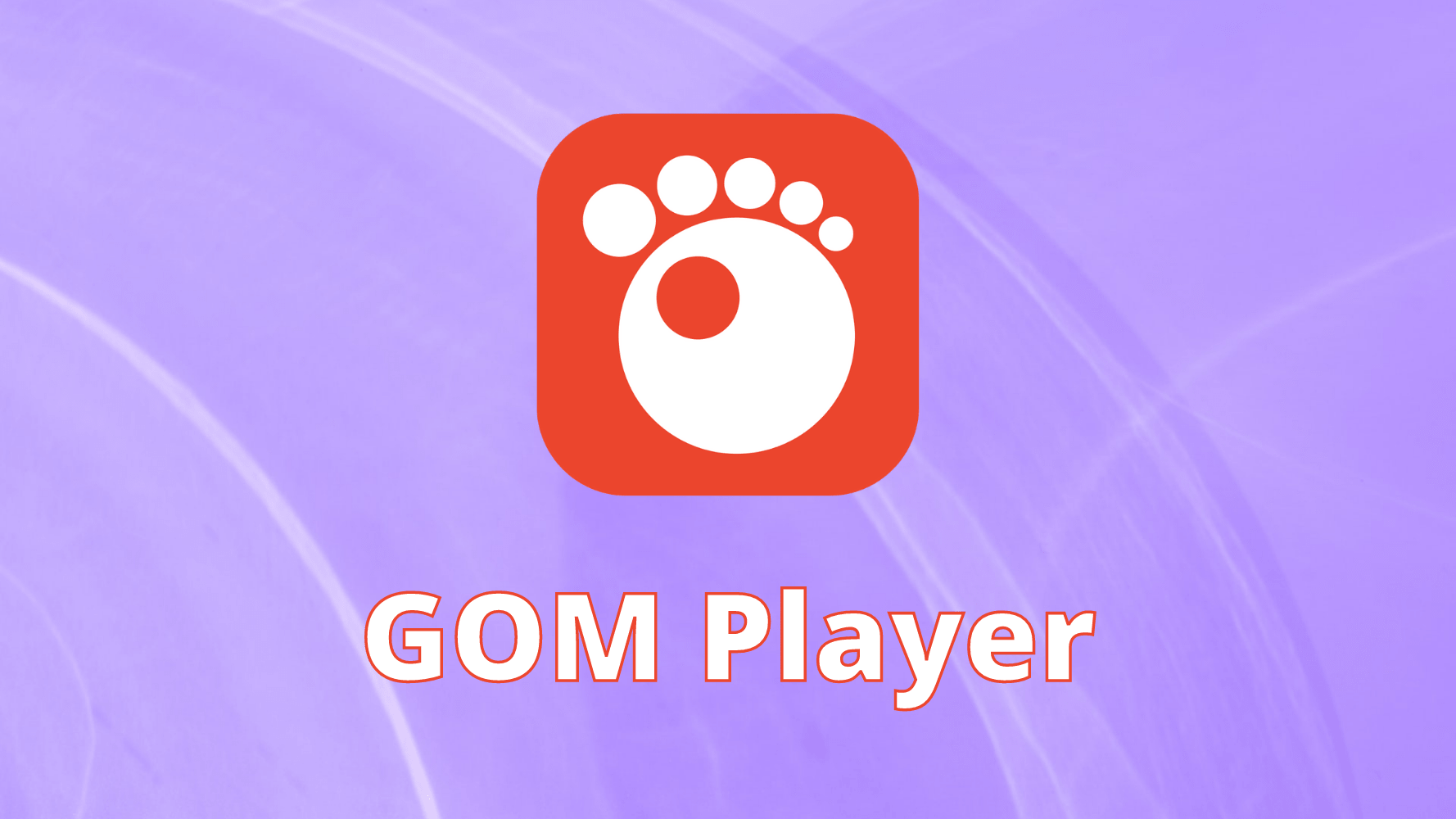 Another media player for Windows 11 that is absolutely free to use is GOM Media Player. The majority of the music and video formats, including AVI, MKV, MP4, FLV, and MOV, are supported. Advanced functions including Media Player Capture, A-B repeat, speed control, audio/video effects, screen capture, etc. are available in GOM Player.

Additionally, it offers tools for player personalization. Using the GOM library, you can download a variety of subtitles to watch movies and TV series in the language of your choice. It offers the PC’s finest performance for watching 360-degree videos. To view the film on a big screen while connected to a projector, you can use this player’s user-friendly interface and screencast capability.

The perfect media player for your system can be difficult to choose because there are so many available for Windows 11. Today’s media formats are expanding, and not all players can play all of them, including MKV, FLV, AVI, MP4, and MOV.

The finest media players for Windows 11 are frequently asked in emails to us. This prompted us to compile a list of the top media players compatible with Windows 11. These media players are straightforward, lightweight, and have passed our testing. They all work well and are all worthwhile to use with your new copy of Windows 11.