Can Naruto Still Use Sage of Six Paths Mode in Boruto?

by Ahmed bajwa
in INTERNET, Uncategorized

Despite the fact that Naruto is no longer the main character, he is still one of the most powerful characters in Boruto: Naruto Next Generations.

Naruto is a crucial aspect of keeping the peace in Konohagakure and the shinobi world as a whole in every world-shattering battle. However, he will, sooner or later, be overshadowed by the younger generation. Naruto is susceptible to death and defeat without the plot armor on his side.

Unlike Naruto and Naruto Shippuden, where his strength steadily increased with no end in sight, it appears that Naruto has weakened in the sequel. Furthermore, Naruto has suffered a catastrophic loss in the most recent emotionally draining chapters of Boruto.

Many fans are now wondering what his current strength is and whether. Naruto has also lost his Six Paths Sage Chakra. So, at this time in Boruto: Naruto Next Generations, how powerful is Naruto? Let’s have a peek, shall we? 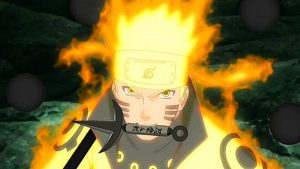 Naruto’s triumph over Madara and Kaguya Otsutsuki was made possible by Six Paths Sage Mode. But, exactly, what is this power?

The Rikudo Sennin Mode, commonly known as the Six Paths Sage Mode, is a divine power given to Naruto Uzumaki by Hagoromo Otsutsuki. It dramatically improves the user’s abilities and allows them to employ a variety of new Six Paths-derived techniques.

Can Naruto Still Use Sage of Six Paths Mode in Boruto?

During the Fourth Shinobi War, Naruto employed the Sage of Six Paths Mode for the first time with the nine truth-seeking balls. It resembles Naruto’s Nine-Tails Chakra Mode so closely that it’s difficult to tell the two apart. The sole difference between the two is that Naruto’s eyes are yellow with a cross on his pupils in the Six Paths Sage Mode.

Now that you know what the Sage of Six Paths Mode is, let’s get down to business: can Naruto Uzumaki employ it after the Fourth Great Ninja War?

Because he has other Tailed Beasts’ Chakra in him. Naruto may still employ the Sage of Six Paths Mode in Boruto.  As seen in his fight against Delta. Naruto also bears a seal on his palm, indicating that he possesses the Rikudo chakra. Naruto employed a combination of Kurama Chakra Mode and Sage Mode in the movie “The Last,” according to the databook.

The Sage of Six Paths chakra recharges over time, just like his own chakra. Because the truth-seeking balls were destroyed during the conflict and cannot be recreated, they have vanished. Basically, Naruto Uzumaki retains his Six Paths Sage Mode abilities. But it appears to be identical to his previous chakra forms for some reason. 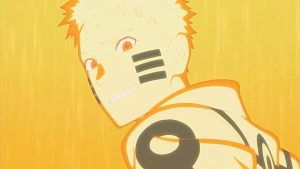 While it was revealed that Naruto still had the Sage of Six Paths abilities during his battle with Delta, the controversy was reignited in the following chapters of Boruto.

After losing Kurama, Naruto still has Six Paths Sage Mode. But he can no longer make the truth-seeking orbs that he could in Naruto Shippuden. And after all, Hagoromo Otsutsuki’s Six Paths Sage strength is a divine gift to those. Who have unwavering faith and never give up.

Unfortunately, since Naruto hasn’t employed Six Paths Sage Mode since losing Kurama, there’s no way of knowing for sure, and many fans are still skeptical. While we can’t say how powerful Naruto is right now, he is still one of the series’ most powerful characters. Keep visiting us for other interesting articles. Goodbye!

Best Client Portal Software: The starting point for your customers' whole service journey is a client portal. Customers can obtain...