It’s no wonder that Jujutsu Kaisen has taken the anime world by storm, thanks to its fantastic animation and unique perspective on the shonen genre. The series has grown to become one of the most popular anime franchises on the planet, and many believe it has a chance to win the award this year. (Jujutsu Kaisen Season 2)

Despite the fact that the first season finished only a year ago, a Jujutsu Kaisen film is set to be released this winter. The only question now is whether Jujutsu Kaisen will be renewed for a second season. If so, when will it be released? Continue reading to find out!

Starting with the “Introduction Arc,” the first season of Jujutsu Kaisen comprises 63 chapters and six arcs from the manga. Here’s a rundown of some of the most important plot points that will be carried over to Season 2:

Gojo calls the main trio at the end of the season and instructs them to meet him for a “top-secret mission.”

Of course, there was a lot more this season. There was character development as well as some pretty detailed explanations of how cursed energy operates. However, these are the only things you need to remember in order to prepare for Season 2.

Will there be a Jujutsu Kaisen Season 2? 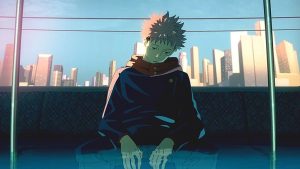 Jujutsu Kaisen will undoubtedly be renewed for a second season. The program is almost certain to be renewed, given the anime’s meteoric rise in popularity and the massive sums of money it garnered in such a short period of time.

It’s just been a year since the first season finished, and there’s already an outpouring of enthusiasm for a sequel. The series has also made a tremendous amount of money around the world, and Jujutsu Kaisen’s merchandising is likely to surpass anime giant One Piece in the short time it’s been out!

MAPPA Studios has announced a film for the JJK brand in order to meet demand. People reacted to the announcement with greater zeal than many had anticipated, and it’s one of the few films that the whole anime community is watching.

Given all of this, securing a second season of JJK is a matter of “when” rather than “if.” The second season will not premiere until after the film, for obvious reasons, but the film’s release date is approaching quickly.

When will the second season of Jujutsu Kaisen be released?

JJK season 2 has yet to come, however, fans should expect an announcement when the JJK: 0 films will release, which could be sometime in Spring 2022. The actual release, however, may take longer. Because there isn’t enough content in the JJK manga to fill a complete anime season, the release will most likely be delayed.

The manga currently contains 158 chapters, which is the insufficient source material. Given that the anime covered 63 chapters in 24 episodes and that the movie will also cover one more arc, it may take some time for the anime to run out of content.

Of course, the makers are supposed to do their best to provide as soon as possible, but it may not be enough. If the studio decides to go ahead with the material it has, the anime will most likely be released in early 2023. 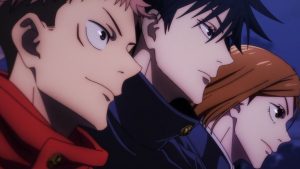 The manga’s most important arc, The Shibuya Incident, will be in the second season of Jujutsu Kaisen. This is the manga’s longest arc, and it will result in many deaths and dangerous consequences.

The arc will follow Yuji and his squad as they struggle to stay up with Geto and Mahito’s planned disasters. Characters like Fushiguro Togi will be in this arc, while Gojo — the Gojo. The conflict will be in front of him. This is by far the most intense arc, and anime fans can expect a wild ride.

Aside from the whole cast from the first season. The second season will expose anime viewers to characters like Toji, Ui Ui, Yuta, Nanako, Mamiko, and others.

The Movie: Everything We Know About Jujutsu Kaisen 0! 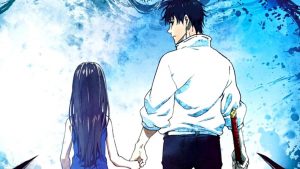 The film Jujutsu Kaisen 0 will release in Japan on December 24, 2021. And the film revolves around Yuta Okkotsu, the fourth second-year student who was missing from the anime’s first season and is based on the ‘Cursed Child‘ storyline.

The Jujutsu Council’s higher-ups order his execution, but Gojo intervenes and offers to take Yuta under his care. Yuta trains alongside his classmates Maki, Toge, and Panda in the hopes of controlling Rika and using her abilities to aid others. However, he quickly learns that the hazards of the jujutsu world far outweigh the strength of bad spirits.

Zenin Maki (the Cursed Weapons user), Inumak Toge (the Cursed Speech user), and the fan-favorite Panda will star in this film as Jujutsu High’s second-year pupils. Satoru Gojo, Kento Nanami, and Suguru Geto are among the characters who will appear.

Is Jujutsu Kaisen 0 a Spin-off or a Prequel?

The film Jujutsu Kaisen 0 is a precursor to the first season of the anime. It takes place about a year before the events of the anime. And follows Yuta Okkotsu and the other second-year students. (who are in their first year during the movie).

Is Jujutsu Kaisen 0 a canonical title? Is it necessary for me to watch it?

The movie Jujutsu Kaisen 0 is canon and will continue to the second season. Yuta will play a key role in the JJK franchise’s future. And the events of this film will most likely establish the tone for the forthcoming Jujutsu Kaisen season (s). Yes, you must see it to understand the later arcs.

When will Jujutsu Kaisen 0 release in other countries?

There is no announced date for the film’s foreign release as of yet. However, based on prior release trends, Jujutsu Kaisen 0 should be in theatres worldwide by mid-2022. By the end of 2022 or the beginning of 2023, streaming providers will have followed suit.