Best Android Live Wallpaper Apps: Users of Android OS can totally alter the interface. To personalize their cellphones, users employ a variety of launchers, themes, and icon packs. The wallpaper on the home screen and lock screen is one of the most used customization choices. For their home screens, people utilize a variety of wallpapers, such as their own photos, images of the outdoors, or pictures of their favorite superheroes.

Despite their higher power use, live wallpaper apps are increasingly being used by consumers on their Android home screens. A live wallpaper, also known as a moving wallpaper, is often a JPEG image that responds to particular actions and gestures as well as having the ability to move on its own.

A few of the live backgrounds can be changed. The wallpapers can be modified by users to suit their needs. The greatest live wallpapers for Android phones can be found in a variety of apps on the Google Play Store. 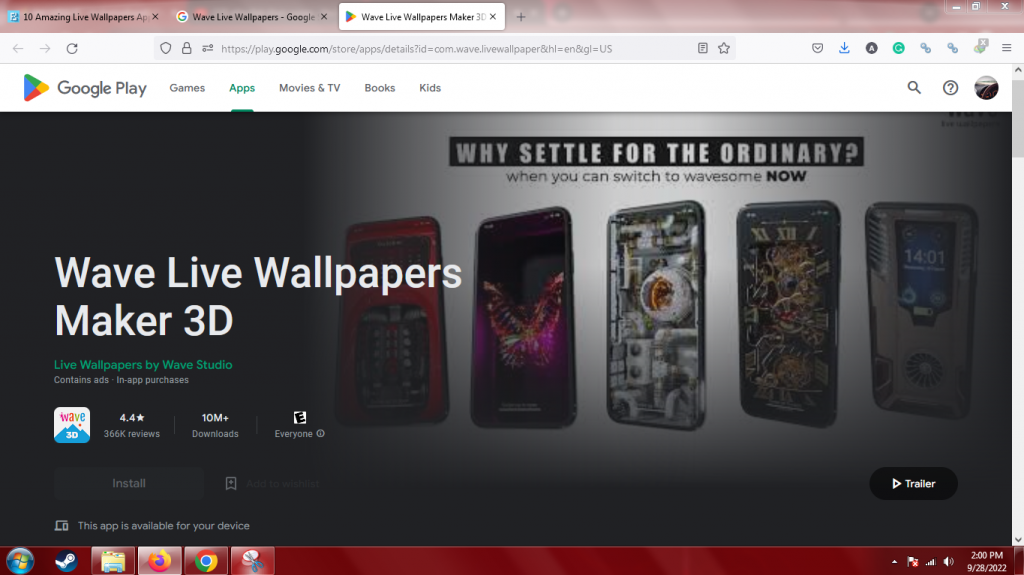 This software includes a variety of live wallpapers for Android that have incredible designs and ideas. Live wallpapers, depicting a variety of animals, including dolphins, cats, a dangerous shark tearing through your screen, and more, are available online. On the app, fresh live wallpaper designs are frequently published. The Wave Live Wallpaper software was created with very little battery consumption in mind. As the software pauses the animation in the background, battery consumption is decreased. 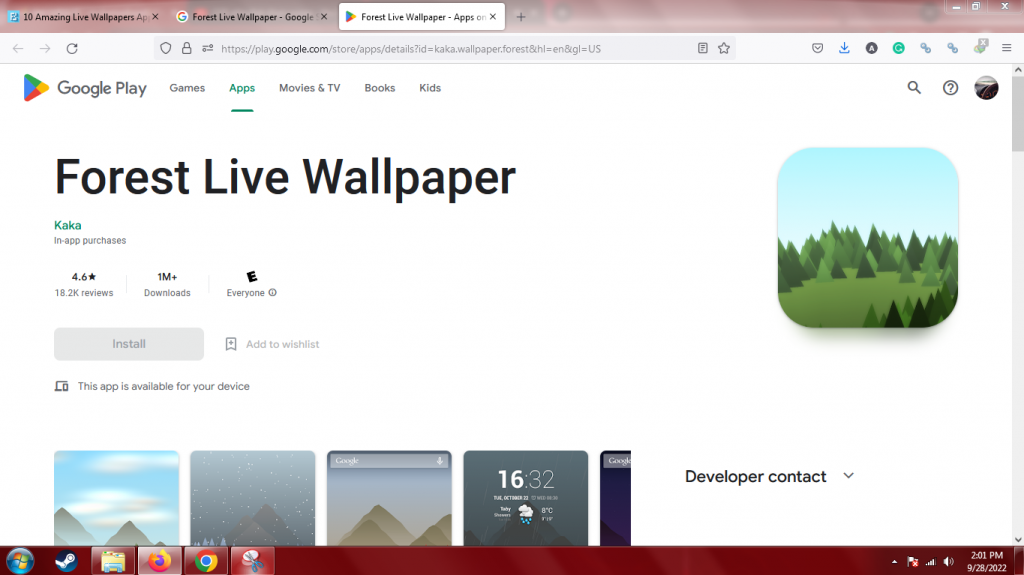 One of the most tranquil and calming live wallpaper apps is this one. Several lovely, moving backgrounds for Android are among the many configurable features offered by the Forest Live Wallpaper app. The program has a special feature called “Night time multiplier” that makes the hills and trees in the background image appear brighter at night. According to the developer, the software will soon also incorporate a lighting element to give the moving wallpapers a more lifelike appearance. 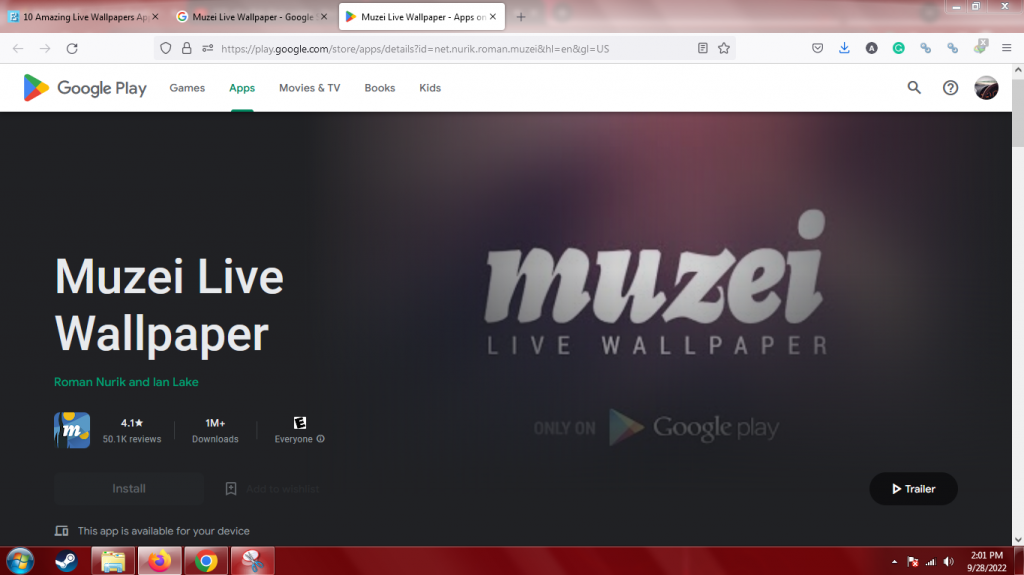 An Android live wallpaper app called Muzei updates the lock screen each day with the newest pieces of art. Every few hours, the program switches the background between the users’ favorite images. The Muzei Android live wallpaper app’s developer-friendliness is its most distinctive feature. The app’s source code is accessible at code.music.co. Users who are proficient in coding can create their own wallpapers using the source code. 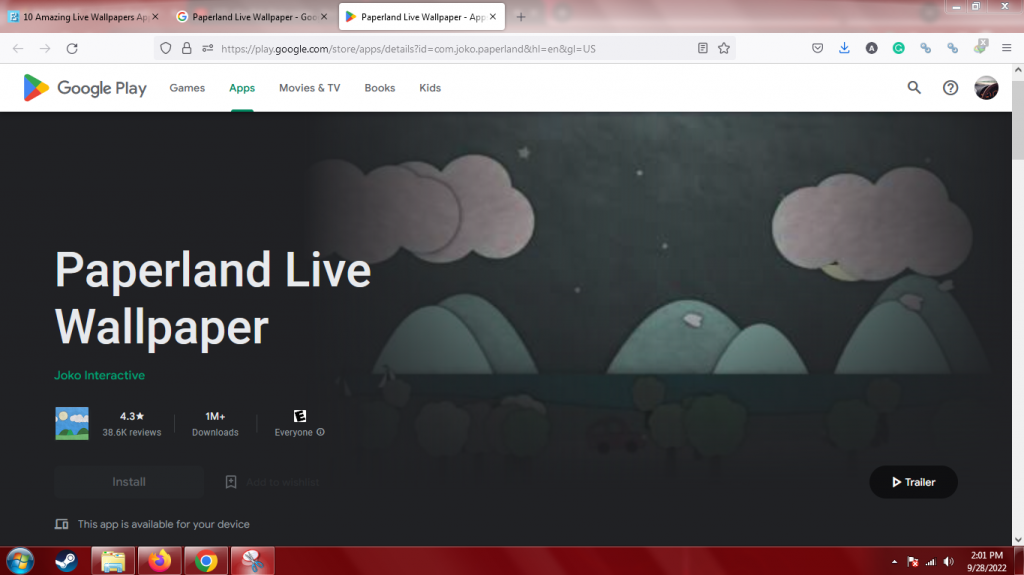 On the phone’s screen, it appears as though a paper cutout landscape is crawling. Users of Paperland Live Wallpaper can customize the app’s sunrise and sunset times. Additionally, the app contains a feature that uses AccuWeather to alter the live wallpaper based on the weather. Users of the app’s free edition can select one of three themes, including grassland, silent night, or desert migration. 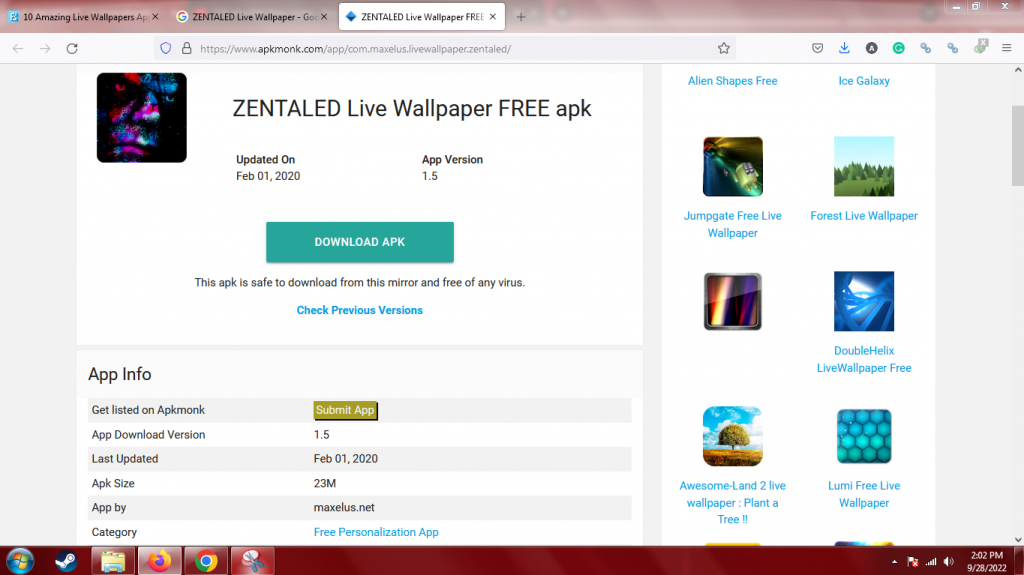 This is one of the most distinctive live wallpaper apps for Android. Users can choose to have real-time moving 3D animations as their desktop backgrounds. Numerous original patterns with one-of-a-kind color schemes are included in the ZENTALED Live Wallpaper app. The dark background of the wallpaper saves battery life, which is the nicest feature of this dynamic wallpaper software for Android. 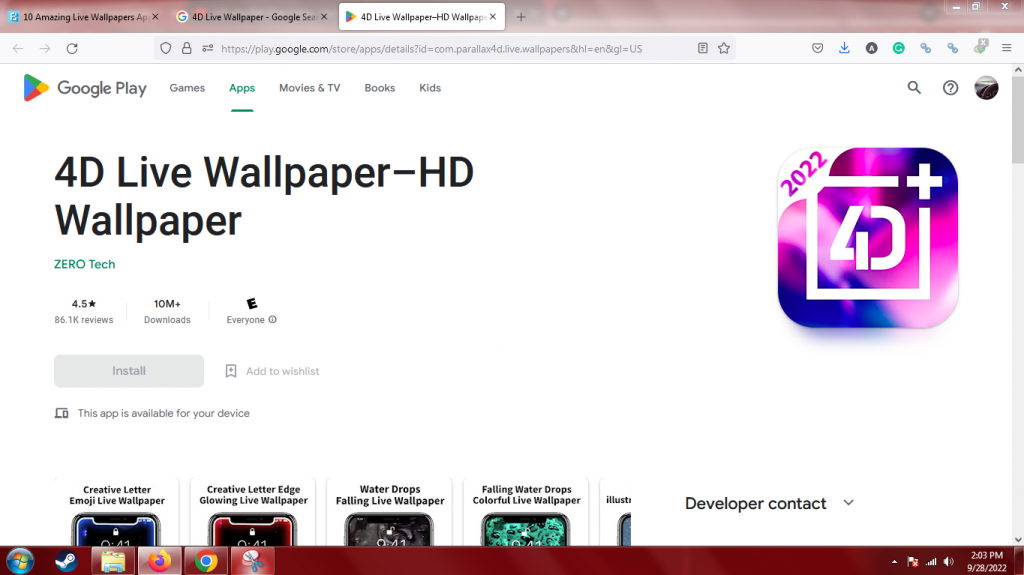 The greatest AMOLED 4D live wallpapers are available in this software. This app’s wallpapers have a distinctive and cool 3D depth effect. For users with various tastes, the app’s library of wallpapers is diverse. If you’re a tech nerd, you may purchase a wallpaper that can be managed by the sensors on your smartphone. The app is battery-efficient and works with devices with AMOLED displays. 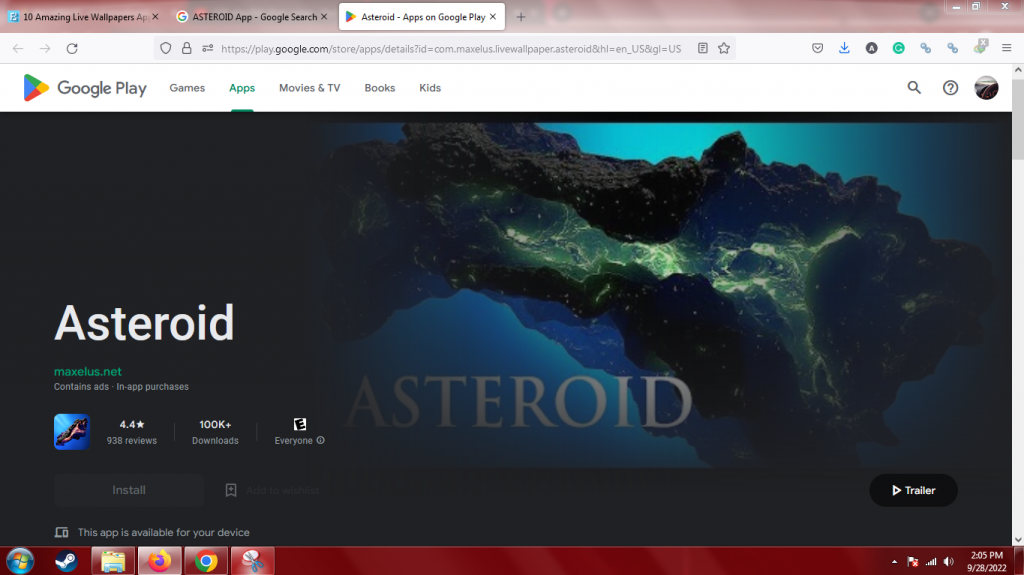 The ASTEROID app displays the celestial object on your home screen or lock screen, making it ideal for astronomy enthusiasts. You can alter every aspect of the shown asteroid, including its color and shape, to suit your preferences. Additionally, it offers a STATIC IMAGE option that, in place of live wallpaper, displays a still image every 10 seconds. The developer claims that this helps you conserve your phone’s battery more effectively than the usual option.

An application based on maps, Cartogram is precisely what it sounds like. You can establish a live wallpaper with a moving map in accordance with your GPS location. You have the option to select the map template of your choosing or only a particular color. Additionally, it provides AMOLED map styles. The home screen background of this intriguing travel app also displays your precise location on a map. From the settings, you may edit your location marker. You may also spread the word about your preferred maps using the app.

Most likely, you will adore the Material Islands app if you enjoy minimalist art. On your home screen, you can see semi-live backgrounds of several famous locations, such as the Taj Mahal, the Colosseum, and the Eiffel Tower. Being a semi-live background, it changes gradually during the day as opposed to abruptly. Because of this, it uses a lot less battery than the other apps on the list. Additionally, it has an AMOLED Night Mode that can help save even more energy.

We suggest “Live Wallpapers, Screen Lock, Ringtones – W.Engine” due to the app’s functionality, wallpaper diversity, and general performance. It includes live wallpaper for any situation and, if you’d like, you may even use your own live background.

You can also share your own live wallpaper or download one that has already been shared with you. Additionally, it enables the option to change backgrounds automatically based on your personalized settings. In terms of energy usage, the app is also quite battery-efficient.

There are other apps online that are not included in the previously mentioned list of free live wallpaper apps for Android. However, all apps were hand-selected, and the ideal live wallpaper app for you will mostly rely on your needs.

For the greatest experience, choose the 4D live wallpaper app if you want a 4D wallpaper, for instance. Similarly, Paperland Live Wallpaper can be the best option if you’re looking for creative live wallpapers. You should find the top live wallpaper for your Android device using this list, we hope.

Using a specific software or manually, you can set live wallpaper for your home screen and lock screen.

Live wallpapers: do they bog down your phone?

A live wallpaper uses more resources than a static wallpaper because it needs to animate the graphics after a set amount of time. If your phone is underpowered, it will probably run more slowly.