There are billions of cricket fans worldwide who are always indulged in watching or playing cricket. We see many events and cricket leagues increasing the Cricket Fever, and nowadays, IPL is happening in India. Some users prefer playing cricket games on smartphones, and that’s why we have brought this article about the best Multiplayer cricket games for Android.

Android is the most popular mobile OS because it contains a massive library of apps. If you search for cricket games, you will find hundreds of cricket games available on the Google Play Store. However, some of them are not like they are presented in pictures or videos.

If you want to play those games with your friends, there are fewer options. Please read our complete article to further learn about multiplayer cricket games.

Our experts have compiled a list of the best multiplayer cricket games for Android users to compete with their friends online. Let’s have a look at the list given below. 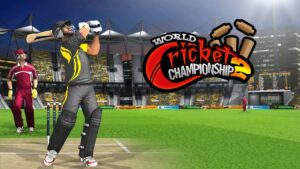 All the cricket fans looking to play cricket games with the best graphics and actual cricketing events must give World Cricket Championship 2 a try. It is one of the most download cricket games on Android, and the best thing is it includes online and offline 1v1 multiplayer modes. You can play with thousands of players worldwide who are in the game. This game arrives with 150 batting animations and 28 bowling actions, and so many other features. Some additional features include 18 different international teams, ten domestic teams, 42 stadiums to choose from, which is excellent.

This game is easy to play, and games’ controls are convenient; you will quickly learn to play even if you are a beginner. You can even choose the pitch conditions, D/L system, weather, player attributes, and much more according to your choice.

Real Cricket is second on our list, but it is a true competitor of the game mentioned above. Many users prefer it because it’s a great game and provides multiple modes and other important events. Some of them include Australian T20 Bash, IPL, PSL, Test Match Tournaments, Road to Worldcup, and much more. It also supports real-time multiplayer mode and allows you to play classic 1vs1 multiplayer with your ranked or unranked teams, 2Pvs2P to team up and play with friends on the multiplayer mode.

Like its name, Real Cricket gives you the feeling of playing Real Cricket and is famous for its realistic graphics, Hindi commentary, and innovative gameplay. 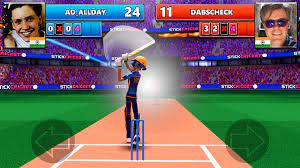 Stick Cricket has been serving desktop users for so many years, and they have also launched smartphone apps. It is a 3D cricket game that you can download via the Google Play Store to enjoy 3D graphics. The game is specially designed to play in multiplayer mode, and if you look at the gameplay, every player gets three overs to face the opponent’s bowlers. Ant the rule is simple whoever scores the most runs defeats the opponent and wins the match.

If you look at the features, the game offers 3D cricket stadiums worldwide, such as Dharamshala, Dubai, and more. We strongly recommend this game as you can play it within a minute and enjoy all the rich graphics. 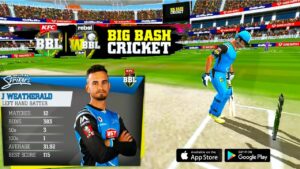 Cricket lovers are well aware of the Big Bash League, which is explosive cricketing even and can call it six-hitting festivals. This game is named before Big Bash league and is known as Big Bash Cricket. It is developed by the same team behind World Cricket Championship 2 and arrives with realistic animations and intuitive controls, which make it unique. If you look at the multiplayer mode, gamers can match up with other Big Bash Cricket players to play a five-over match.

However, if you want to play it with your close friends, it offers a private multiplayer mode to play with your friends through a local WiFi connection. What makes it superior to others is, it is completely free and doesn’t show any ads to disrupt your gaming experience. 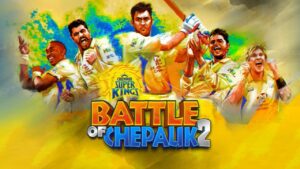 It is the last game in our list of best multiplayer cricket games for Android that you can download right now on your android devices. This game is a gift for MS Dhoni fans who are known as MSDians and provides the best graphics. Battle Of Chepauk 2 is a game on a great IPL team – Chennai Super Kings led by MS Dhoni. It includes all the favorite players of Chennai Super Kings such as  Ravindra Jadeja, Suresh Raina, Dwayne Bravo, MS Dhone, and many more.

The game offers two multiplayer modes, which are both Public and Private. In the public Multiplayer mode, you can play against random players online, whereas the Private mode enables you to create a private room to play with your friends.

We have created a list of the best multiplayer cricket games for Android for cricket lovers to play with their friends. You can find so many other games in this category, and send us your suggestions about the names missing on our list. Our experts compiled this list based on thorough research and played all these games to guide you with maximum features. Users can install these games on any android smartphone as they don’t require any high-end specifications. So what are you waiting for? Download any of them based on your interests and gaming needs. Don’t forget to send us your feedback, we will meet again with another exciting article. Until the next time. Goodbye!